From July2015 to January 2016, I have been employed as a Concept Artist Intern in Zynga (Bangalore). I was part of the art team of the hugely successful browser game FarmVille2.

Major tasks and responsibilities:
- Concept art of building for a Feature of the Week
- High concept illustrations for My Gourmet farm expansion and concept arts for new buildings
- 3D decoration
- Internal communication illustration
Since FarmVille 2 uses an isometric 3D board, a lot of assets include planars and not actual geometry. For this reason, the concept art needs to be rendered as precisely as possible, as the 3D artist creating the 3D model cuts elements directly from the concept to create the texture sheet. 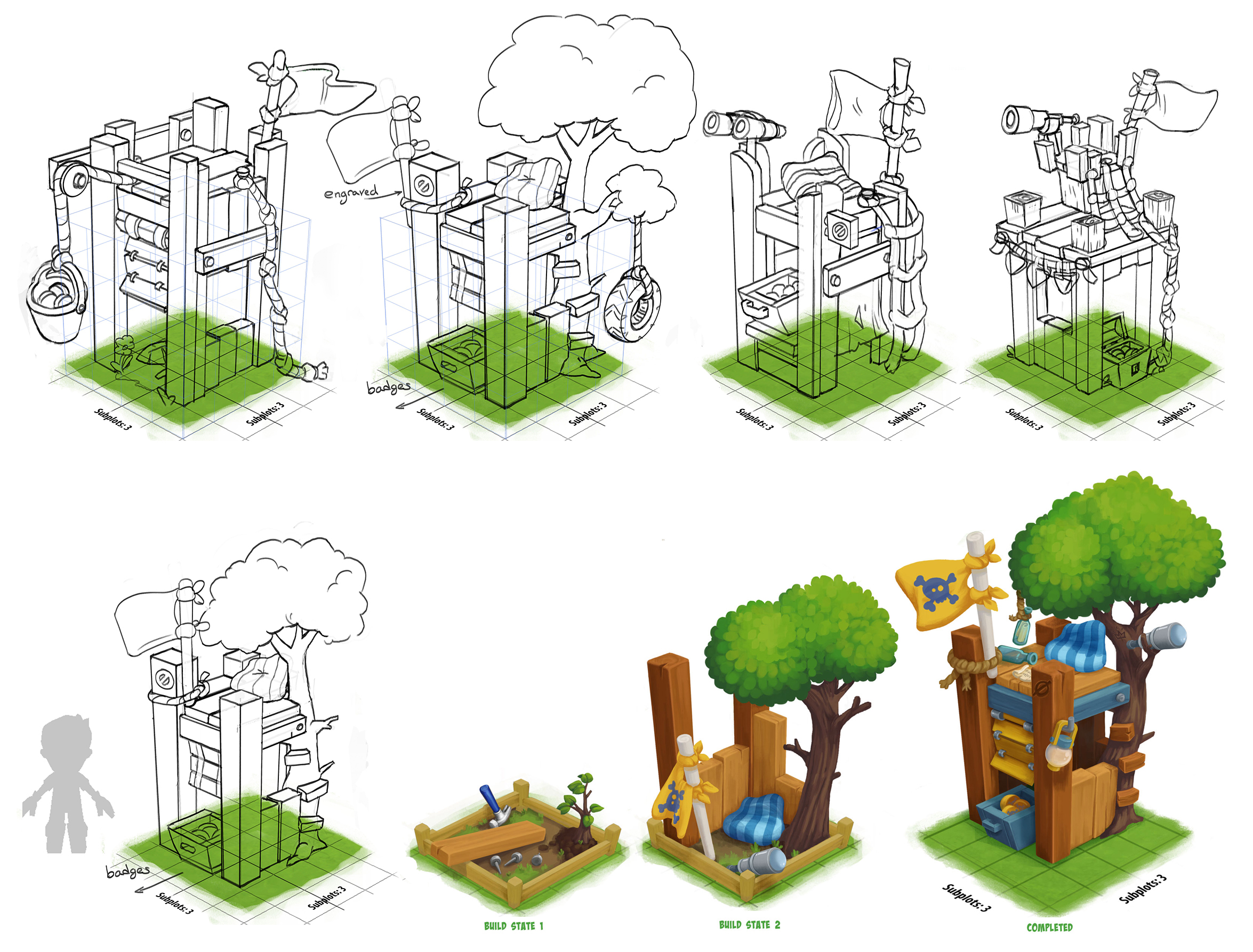 Above: Concept art I made for the Club House feature, from rough research to final concept. 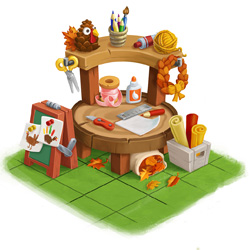 The FV2 universe is set in the 50's Americana; all the assets have a bold, colorful and chunky art style. The unique art style is the major selling point of the game, and as part of the live operation team, it is crucial to maintain the artistic consistency.

Right: concept for Feature Of The Week: The little log workshop
The feature is documented before hand by the designers, who have identified the needs and constraints of the asset to produce.The first step is to collect additional references and draw very rough thumbnails, often on paper. From there, I select a few interesting shapes and develop them in the FV2 template. With the feedback of my art manager, I keep iterating until one sketch is approved. Color blocking and color detailing follow. I cross check the technical feasibility with a 3D artist, an animator, and confirm the asset with the game designer in charge.
I have been working in tandem with the Game Designers on My Gourmet Farm. Because of the novelty of the feature, and the early development stage, the tasks done by the Artists and Game Designers fuel each other simultaneously, with constant iteration and communication. It demanded a lot of flexibility and offered much more creative responsibility than the usual features of the week. For this feature, I worked on high concept (illustrations showing the design intention and mood) as well as specific buildings.